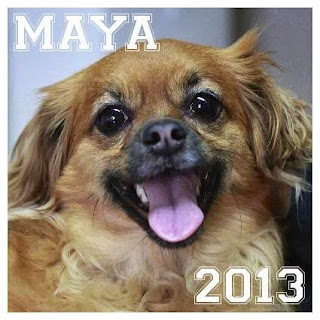 [Guest List Week III kicks off with our first Celebrity Guest List (and, no less exciting, our third Saratoga Falcon Guest List), Maya Tuttle of The Colourist! I think I speak for everyone when I say, "Based on how wonderful this Mr. Little Jeans song is ... isn't it time The Colourist started working with a children's choir? Well ... isn't it?" Come on, Maya ... it worked for Trick Daddy.]

Jean-Philip Grobler can sing (think the range and magnificent belting of Erasure). and produce (self-produced his debut When The Night as well as newcomers HAERTS' solid debut album). This song has all the danciness and heartfelt poppiness of a teen coming-of-age film from the 80s and I very much like that.

I have to admit that I had this song on repeat for quite a while, much to the frustration of anyone who got into my car. Minimal, catchy song about losing a female friend to the glam and sham of "Hollywood."

I have a soft-spot for drummer-singers. Papa (formed by former Girls drummer Darren Weiss) came out with a solid debut album this year. "Young Rut" gently nudges forward those scared souls who struggle between living life to the fullest and a self-appointed responsibility to those that helped make that even a possibility.

Catchy, dancey, and almost melancholic. I was first taken with Dale Earnhardt Jr Jr when I stumbled upon their live show: I walked in on them making great use of their pipes, covering Whitney Houston's "I Wanna Dance With Somebody." They had the entire place dancing where I'd previously only ever seen still, folded-armed, peacoat-wearing peoples.

They've brought that enchanting, vibrant Motown sound back into modernity. This song will have you moving with a strong urge toward syncopated claps.

Without thinking, we left the album Modern Vampires of the City on repeat for nearly half of a 10-hour drive. There's a cushy, pleasant atmosphere that this album creates--like you've sunk into one of those form-fitting, comfy recliners that you don't ever want to leave. "Ya Hey" is one of my favorites off that album.

Smallpools busted out with their breakthrough single "Dreaming" this year and they've made quite a splash. Pun intended. "Dreaming" is high-energy and dangerously catchy.

Singer Alisa Xayalith penned the powerful ode to love and loss "I Kill Giants" as a way of processing the loss of her mother to breast cancer as a young girl.


"Hurricane" came out last year, but this insanely addictive remix was born just six months ago. CHVRCHES managed to transform the beautifully dark and dangerous "Hurricane" into an upbeat, near-triumphant electro-pop number.

I highly recommend watching the music video for this song. Think dreamy, laid-back dance pop that makes for the perfect soundtrack to a psychotropic experience.

Oh, I'm not even sure what to say. This song just makes me happy. :)

I was fortunate enough to see this live at Coachella this past year. They began the song by telling the audience to "shut the **** up." I was scared. I liked it.

The chorus is "We fell in love right by the ocean, made all our plans down on the sand" - need I say more? Maybe I do. Or maybe just listen.
Posted by Aaron Bergstrom at 7:04 AM