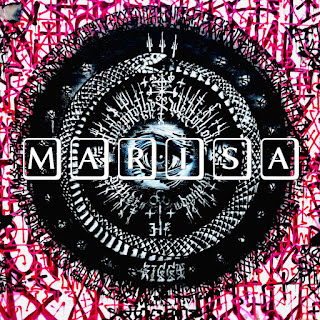 I’m a big Mikal Cronin fan, and admittedly this is not his best work. However it squeaks in at #10 because it’s SO CLOSE to being awesome, and an interesting departure from his usual sound. I feel like we may look back at this album as the missing link between styles ... or maybe not. Either way, it deserves this spot simply for the effort that was clearly put into it.

Big Thief is such a prolific releaser of albums I can barely keep up. This album is mostly on here because I think Orange is the best song they’ve ever written. So keep ‘em comin, kids.

8. Angel Olsen, “All Mirrors”
Track: What It Is

I don’t even know what to say about Angel Olsen at this point that I haven’t said before. Her albums are always amazing. They always end up in my top 10. She’s perfect live. None of this is new information.

Sharon Van Etten kicked off 2019 with the extraordinary “Remind Me Tomorrow”, an album that proved she not only knows how to rock, but is also deserving of the Instagram handle @sharonvanhalen

Considering how heavy this list is on female artists, it’s ironic that at first I was super thrown off by the addition of female singers on nearly every track (in other words - I wasn’t sure I liked it). I quickly got over that, however - this is a beautiful album and the female vocalists only add to that.

I’ve liked Kevin Morby since his first album, and have loved all of his releases since. But for some reason I was resistant to listen to this one. Was it the (sort of cheesy) title? The shirtless photo of him that was the album cover? Pregnancy hormones? I don’t know, but I’m sure glad I got over it. This release is one of his best, if not his very best. It’s still unmistakably Morby, but with enough departures from his usual style to keep me interested. I’m so sorry Kevin, I’ll never doubt you again.

As Jack Donaghy once said, when asked if he liked Phil Collins: “I have two ears and a heart, don’t I?” Like Mr. Donaghy I also have two ears and a heart, and thus am a huge Lizzo fan (I also don’t live under a rock and am alive in 2019, so that helps). How can you possibly not love this album? It’s fantastic, Lizzo should be president, and I hope her world domination only continues in 2020. Ps And in case anyone is wondering, I also love Phil Collins

I think that 2019 was the year Jenny Lewis was officially crowned queen of the female indie rockers - kind of in a way that makes me feel old (so many tweets from younger artists talking about “growing up” with her music, oof), but that doesn’t mean it isn’t deserved. “On the Line” is the best thing she’s done since “Rabbit Fur Coat” and was basically my summer 2019 soundtrack.

Speaking of feeling old, I’ve never felt older than I did when I saw Phoebe Bridgers and Conor Oberst perform Lua together and I wondered how old Bridgers was when “I’m Wide Awake It’s Morning” came out (another oof). Regardless, I’m so thankful for these two teaming up for Better Oblivion Community Center, an album I spent the first part of 2019 basically binging on. I missed BOTH of their Bay Area shows due to my aforementioned pregnancy/baby, so I’ll just have to cross my fingers for another release and tour one of these days. By the way, Forest Lawn is a perfect song that may me real nostalgic for my Bright Eyes obsession in my early 20’s.

This album leaves me speechless. I absolutely love “Born to Die”, and have liked her releases since then - but nothing grabbed me the way “Born to Die” did.
Until this album.

This album is perfect. The lyrics are perfect. The Sublime cover is perfect. Lana Del Rey has this Didion-esque ability to make me nostalgic for Southern California (a place I lived for 8 years and more or less hated). Her songs’ protagonists are equal parts mean girl and vulnerable soul just wanting to be loved, painted against a landscape of too many bars, too much liquor, maybe too many drugs. Del Rey, to me, is a 21st century Didion who writes in songs instead of essays, “the most famous woman you know on your ipad”, living a life completely foreign while feeing things that are totally relatable. She’s magical, this album is perfect (did I say that already?), and I’m so glad it came into my life this year.