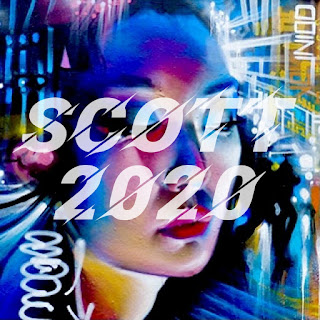 2020 was - somewhat against type - a pretty great year for music. Part of that has to be that, motionless in our Covid stymy, each of us was forced to spend a lot of time inside ourselves. As a result, it has necessarily been the most introspective and reflective year of any of our lifetimes. The combination of boredom and shitless fear will do that. Oh, and Trump.

As is my wont, my list includes the best albums, rather than the best tracks, and they are presented in no particular order. The track referenced in each case is meant to be reflective of the album as a whole.

Sarah Jarosz - World on the Ground

I love rock and roll Waxy, but this year she came my way, toward Americana, and I couldn’t be happier.

In which one of my favorite singer-songwriters obliquely explains why she decided to give up the music world more than a decade ago in favor of running a coffee shop in Hamilton, Ontario.

Big Thief’s singer and songwriter explores more personal and somber themes - if you can imagine that - in this case, sleep paralysis, like, you know, most songs.

Track: “The Most Beautiful Things”

In which Roy Orbison is a woman.

Combining Taylor Swift with The National? Be still my heart.

Anyone who, like me, plays, or has tried to play, dobro and pedal steel worships Cindy Cashdollar.

Track: “When She Comes”

The Innocence Mission - See You Tomorrow

In which The Innocence Mission travels from 1989 to rescue 2020.

Track: “Even If I Tried”

Track: “Some Kind of Drug”

I can make a good argument for this being the album of the year.

Track: “Love Is Not Enough”

Posted by Aaron Bergstrom at 1:41 AM