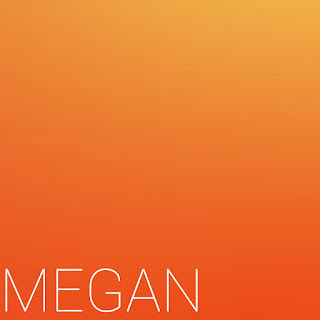 Angel Olsen - "All The Good Times"

It was hard to pick a favorite because I loved SO many songs this year, but at the end of the day, this song is one of the best songs I think I've ever heard in my life. The harmonies during the second half of the song are enough to get me to believe in god. The build up, the horn section, this is next level songwriting. Was not a fan of Angel before this, but this album is the tits, literally and figuratively.

I feel like this band is the 90's alternative version of today's indie rock and I am obsessed with them. “Wet Dream” could not be a more perfect song. It's a "blast on repeat" regular in my life. So fun, so smart, and so short, killer tune.

Kevin Morby - "This Is A Photograph"

This is another perfect song, textured, interesting, great build up with explosive climax. I don't know how KM does it, but he can release new shit that instantly feels like it's been a part of life forever.

This whole album (Chloe And The Next 20th Century) is SO good but "Goodbye Mr. Blue" was the one that made me stop what I was doing and say, "what the hell am I listening to right now?" because it was so special, so perfect, so beautiful. When we saw him live, he said the song was about a fictional pet cat named Mr. Blue and I felt so dumb because I figured it was about human beings but then I found irony in how the most beautiful tribute song wasn’t even about a real person but a fictional cat and it made life that much better.

Kurt is my spirit animal and this album (Watch My Moves) was the soundtrack to the dreary spring this year. I loved how this was such a long and hook-less song to be considered as a first single, so random and SO quintessential KV. Side note: I ran into Kurt outside our hotel in Chicago this summer before this show, on my birthday, and it was the highlight of my year.

Yeah Yeah Yeahs - "Spitting Off The Edge Of The World"

I was the happiest girl in the world to learn that YYYs were releasing new music, then I listened, and I HATED this song and was devastated. This song is such a buzzkill, I thought. Then, the radio kept playing it and the more I heard it the more I understood and now I am obsessed. It's SO great. Perfume Genius is also perfection.

Paramore - "This Is Why"

Never in a million years thought I'd listen to, yet alone LIKE, Paramore (yes, I know, I’m snobbery personified), but this was my 3 year old’s favorite song this year and I’ve had to watch the video maybe 400 times. The song is great. Bass line is killer.

Andrew Bird - "The Night Before Your Birthday"

Nothing mind-blowing here, but a very sweet and toe-tapping ditty from my best friend Andy.

The hubs has drinken (drunk? drank?) the Goose kool-aid and it's on a lot at the house. This is one of my faves. The studio version of this song is kinda radio-friendly vanilla but the live version (with Trey) is so super crunchy and impossible to get out of your head. No one has time for a 30 minute song on the playlist, though, so the studio version it is!

A fun, dance-y bop from the Jungle crew. Instantly puts you in a good mood.

The Beths - "Expert In A Dying Field"

I'm grouping these songs because they were spoon-fed to me by Sirius XMU radio and while they are not regulars on my playlist, when I hear them in the car I am so happy. Also, I am running out of time.

Notable exemptions for me personally - first time in history I don't have anything from Hot Chip or any Radiohead derivatives (The Smile) on the list! I just haven't had a chance to listen to the new albums. It is insane to me because they are two of my fave bands of all time. I'll get there. love you all.

Posted by Aaron Bergstrom at 3:52 AM