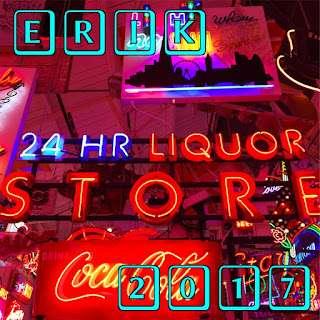 Kind of in order from top to bottom:

LCD Soundsystem - "how do you sleep"

Music is often defined by a specific experience for me. Best song of the year cause I heard it backpacking deep in the forest standing on the shore facing east, which is the first line after the drum build and my mind was forever blown.

This album is awesome, this opening track is awesome.

Toss up between this and "HUMBLE." but "DNA." came on at like 2 am in Madrone and shit went off. I share very little if any DNA with Kendrick but THIS IS MY JAM.

Saw this dude at The Independent and he is one of a kind. Also heard the Song Exploder for this and made me appreciate and like it even more.

Great album, hard to pick one. This song is like sad, then happy at the same time.

Every guy in this band is like really good, and when they come together right it's also like, really good.

Hurray for the Riff Raff - "Living In The City"

I especially like this song cause it reminds me of living in 'The City' but it's actually a good song too, so there.

"Let's get a house, you and me and your 12 cats ..." is the opening line of this opening song to the album and it rocks.

David Longstreth's breakup with the girl in the band turned out to be a great thing, cause he made this great album. What is it about human pain that leads to good music?

The War on Drugs - "Nothing to Find"

Classic War on Drugs build and old and new sound at the same time. The late keyboard part is straight up Dire Straits.

Allison Crutchfield - "I Don't Ever Want to Leave California"

I thought this was the Waxahatchee girl at first and I was like 'How is she making so much great music at once?' But then Aaron told me it's her sister and now I'm like 'How are they both so good at making music?'

Hard to pick one off this album. This included the lyrics "I went Out in the Storm" - the album's namesake so played like the anthem for me.

Simple and true ... reminds me of my old man.

Good to see Sylvan Esso come with a solid sophomore effort, first album was so good. This one stood out for me on What Now.

Overcoats - "Leave the Light On"

Bit of an ear worm, these two gals can straight harmonize.

I love everything about these lyrics, the music, and that ALBUM COVER THO.

Pond shares members with Tame Impala and this sounds like a Tame Impala song, which is all good and fine by me. I play this really loud with noise cancelling headphones on the airplane.

More of that grunge pop vibe, beat and chorus gets stuck in my head big time.

Breakups really do make for some good music.

Yes, that winking smile is part of the song title...isn't that cute? Freakin Canadians.

Not sure if remixes like this are allowed but this is some soulful shit right here.

Maybe cause I'm from ATL but damn it's good to see Big Boi still dropping bangers. What the fuck is Andre 3000 doing?!?

I was driving in Denver doing a lot of LEGAL things and this song came on and was just so damn dreamy with the mountains and everything.

That women's voice haunts my dreams, in a good way.

Twin Peaks - "Under the Pines"

These guys are getting really good. Although didn't release a full album in 2017, they did a handful of songs and this one jumped out. Sounds like old Rolling Stones.

This album was really good as a whole plus Jamie xx is the man and this is straight up baby making music.

The National is good for when you're dead sad and thinking about death and want to feel your feelings completely ... this song ticks all the boxes!

Her use of the word motherfucker is pretty brilliant here. Nice song.

Fleet Foxes - "Third of May / Odaigahara"

All the Fleet Foxey sounds in one song, really loved the opening.

That K-Dot verse, enough said.
Posted by Aaron Bergstrom at 5:18 AM