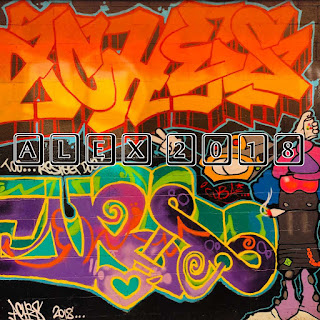 2018 was a fully realized year for music in my life. I saw an unprecedented number of my favorite artists live, and we were treated with a new class of rising pop stars take over music. From the triumphs of Ariana Grande, to Dua Lipa’s first era executed flawlessly, 2018 was that year. And it was gayer than ever. Here are my top 28 songs of 20gayteen (in no particular order).

This song punched me in the gut and brain when I first heard it. It does what a perfect pop song should: articulates emotional confusion and complexity in a sugary package that forces you to dance it out. This is how we want child stars to evolve into musicians. 20gayteen has been good to us.

Everyone knows Janelle Monae had an incredible 2018. Somehow she released music that further set her apart. Everything she does is totally Janelle Monae while drawing from Prince, disco, the ‘80’s...

Julien Baker, Phoebe Bridgers, and Lucy Dacus forced the world to take notice and accomplished the rare feat of creating a cohesive group sound that is both greater than the sum of its parts, but doesn’t detract from their respective solo efforts.

Troye came out of the gate this year looking and sounding like a fully realized pop star. “My! My! My!” is a euphoric pop fever dream of a song. Next up for Troye - fix the album release cycle and rework the acoustic set during his live show.

I was terrified for Dua when she teased this collab — it would’ve been so easy for a newcomer to get lost in the Mark Ronson & Diplo (Silk City) production. The result is a gem of a pop song that carried us through a lull in the fall, and if you haven’t seen the music video I’m not speaking to you until you have.

Has a bilingual pop banger ever sounded so natural? Two of the biggest global pop forces unexpectedly meet head on and don’t disappoint. “Kiss” simultaneously sounds like a Dua and BLACKPINK song.

I was blown away by “Alaska” (like everyone else) and her first EP, Now That the Light is Fading. The singles she’s released in 2018 prove she’s a force. After seeing her live and silence a sold out crowd at the Fillmore acoustic with no mic, and perform one of the best live renditions on the SNL stage, I’m fully sold.

We always remember where we were first time we heard an iconic song. Ariana’s first release following the horrific bombing in Manchester, I (and I assume most of us), thought we were getting an emotional midtempo ballad. The first line of the song lulls you into that stereotype, and then serves you a genius
swerve.

Honestly, SOPHIE shouldn’t work at all but she does. Immaterial is a super unlikely bop in today’s landscape, and I’m here for it. This song becomes transcendent when you hear it at a gay bar.

The year of the self-love anthem. Carly’s effort is a glittering pop song that grows on you. It lacks the upfront hook from the best singles off Emotion, but if this what her next era has in store count me in for the party. (Bonus: This song also inspired my favorite music writing of the year.)

In a year of artists perfecting the breakup/ self-love anthem, Ariana turned the genre on its head and set a new standard. She’s officially a pop superstar who wants to surprise you.

“Shallow” is a great cinematic moment, but this is the best song from A Star Is Born.

Kim Petras is pure pop gold. She can release bubblegum pop songs all year, and a Halloween concept album that was one of my favorite of the year. She can’t be stopped.

Drag took over pop culture in 2018 and is having an insane moment in film, music, TV, and beyond. Blair St. Claire’s first effort is the best song from the year of drag.

Kacey Musgraves pulls off concepts in songwriting that no one else can.

I first heard this song in a bar and immediately held up my phone to the speaker to figure out who sang it. Doja Cat is one to watch.

23. Mark Ronson, Miley Cyrus - “Nothing Breaks Like A Heart”

Bonus: Top 5 Albums Of The Year

Posted by Aaron Bergstrom at 1:27 PM