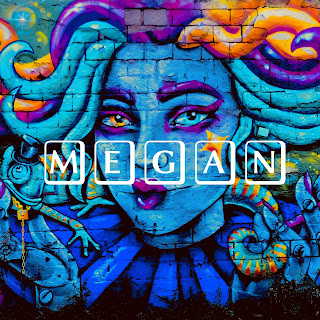 These two songs could not be more different, but they are each so amazing and were instrumental to getting through my 2019 (pregnancy was ruff) that i will give them both top billing.

The latest Andrew Bird release is called My Finest Work Yet and he was not kidding. Start to finish the entire album is incredible and has been played in my household approximately 200 times. "Bloodless" has a jazzy kind of feel that usually I'm not super into but its a beyond perfect song and instantly feels like a best friend. Highlight is approx. 3:40 into the song where he sings "cataloniaaaaaa" twice and then i cry real tears, twice. (Side Note: Andrew Bird sings like an angel, is an exceptional musician and whistler please go see him live, its insane.)

DIIV is more my aesthetic: loud, fuzzy, melodic. I'm obsessed with this band and am so happy their release this year was worth the wait. Lots of gems on the album (I list another down below) but hands down best track is "Blankenship." It's a very solid song with a very delicious bass line. All the kids went crazy during this one at the live show including myself who was 8.5 months pregnant at the time :)

Spotify told me this was my most played song of the year (and Hot Chip was my artist of the year). It is a very fine dance track that makes me feel warm and gooey inside. It came out while I was in Europe on holiday, so that felt very appropriate as well. Nobody does dance music like Hot Chip, they are one of my favorite bands to see live and this song translated beautifully to the stage.

I hate that Tame Impala are becoming so huge (I like how his sound has evolved but I'm not into arena shows and massive festival headline spots) but if everything from the upcoming album sounds like "Patience" then I think Mr. Parker will be able to pull it off and I will be pleased. This song is so good! Very easy on the ears and always puts me in a good mood.

Foals is one of those bands that I think puts out albums just so they can get on the road and play them live. They are a substantially better live band than a studio band. When you listen to new Foals music you almost have to tell yourself, "ok, this song is going to sound soooo good at the show." Case in point, "In Degrees." It's nothing i usually put on the Bose and listen to while I'm cooking dinner but at the concert it was super face melting, as was the rest of the show, as per usual.

The first single from the new DIIV album does not really sound like a typical DIIV song (see above). This one is light and airy. it's the closest thing to a "normal" verse-chorus-verse song that I wouldn't be surprised to hear on the radio but it still rocks and I'm obsessed with it.

Twigs is such an outlier in my music repertoire. I really don't listen to anything else like it but I'm totally and utterly obsessed with her. Her vocals on "cellophane" are hauntingly gorgeous and although I don't often listen to this song cuz its such a downer it is definitely one of the year's standouts. Also watch the video or any of her live performances because her body and the way she dances is unparalleled. Twiggys, if you're reading this, call me ;)

Even before my husband became a dad there was a fair share of dad-rock played in the casa. Spotify radio brought Cass into our lives and its very solid folksy Americana that I can appreciate in today's world of autotuned garbagio. "Rounder" is a sweet song with a crunchy extended outro that I would imagine sounds amazing live as well.

So Pitchfork is obsessed with these guys. I haven't given their two 2019 albums enough play but I love the title track from the first release. I saw Big Thief a few years ago at a fest because I was obsessed with this one song of theirs and it amazes me how much of a draw they had considering it's the most non-fest music of all time.

Wilco!
Posted by Aaron Bergstrom at 1:21 AM