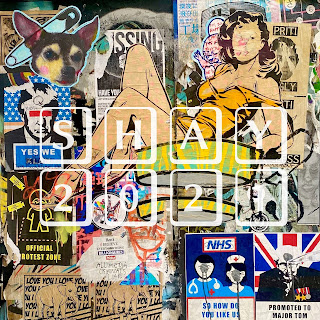 Look, I’m hard pressed to offer comforting or overly optimistic thoughts for 2022. What I can say, however, is that we made it. Bloodied and bruised, or full of smiles (if this is you - how?!), we’ve gotten to the end of 2021. And for me, that’s been possible only with music. 2021 was a banner year for women in rap. The ladies came to eat… even the one from Queens who has been left off of this playlist as I’m pretty sure she’s still doing her own research.

It’s been next to impossible for me to whittle my list down to 25 or so. So, I’m not. What you’ll see below are my top songs of the year, some with a little suggestion or two added under the song for related listening.

Posted by Aaron Bergstrom at 2:09 AM