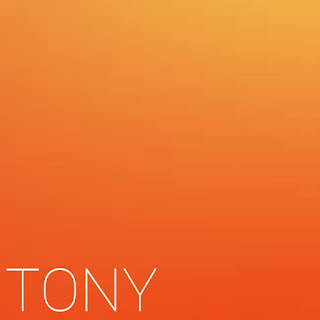 I’m usually a year behind in my music consumption. Typically, at the end of each calendar year, I look at a smattering of the year-end “best of” lists and pick and choose the albums that most appeal to me. Then I spend the following months listening to them, figuring out what will stick and what will never get a second listen, and taking deeper dives into the artists I’m really digging whose work I don’t already know. (Thus, I spent the first few months of 2022 listening repeatedly to Jubilee by Japanese Breakfast and then exploring their earlier releases which, for reasons that elude me, I had ignored in prior years.) Over the past several years, my primary source of annual new music has shifted from the likes of Pitchfork, NME and Spin to Aaron’s year-end list. Which is fine, but it makes it difficult for me to put together a timely list for Aaron’s blog. Thus, my lists are usually extremely late, or I just give up on them.

This year, however, I did a slightly better job of keeping up with at least some new music during the year. Consequently, I actually completed my list on time, without relying on Aaron’s list as source material. And so I present the below list, but I reserve the right to amend it after doing my annual deep dive into Aaron’s list.

2022 was the year in which Roger Federer retired from professional tennis. During Federer’s run of unprecedented dominance in the 2000s, and throughout the remainder of his astonishing career in which he won 20 grand slam titles and basically re-wrote the record book for men’s tennis, I often experienced a feeling of profound gratitude that I was a living, breathing tennis fan during Federer’s career. Listening to Kendrick Lamar’s 2022 album Mr. Morale and the Big Steppers, I feel a similar sense of gratitude. Lamar reliably astonishes me every few years with a new album of jaw dropping brilliance, and it feels like a privilege to be able to experience his career in real time. I’m grateful that I’m a living, breathing music fan while he is making records. “Father Time” is a track that really got under my skin. It’s honest, vulnerable and intense, addressing how his father’s uber-macho tough love left him emotionally wounded, while also acknowledging that it fostered the ambition and drive that led to his success. It’s powerful stuff, with pretty backing vocals by Sampha.

Confession: I did not start listening to Spoon until 2022. Sure, I had heard a few songs over the years, and I may have given one or two of their albums a quick listen years ago (to be honest, probably more than 20 years ago). But for whatever reason, they never really gave me the feels. Then earlier this year I read a piece by Steven Hyden entitled Introducing The Five-Plus Albums Test: Is Spoon The Most Consistently Great Rock Band Ever?, which he wrote back in 2017 as Spoon was releasing its album Hot Thoughts. While I found Hyden’s piece and premise somewhat ridiculous (though admittedly entertaining, which is how I often feel about Hyden’s music writing), his sheer enthusiasm for Spoon’s music convinced me to give them another listen. And to my pleasant surprise, I liked much of what I heard, and I have continued listening to them. “On the Radio,” from Spoon’s excellent 2022 release, Lucifer on the Sofa, epitomizes what I like about them. It’s insanely catchy, while also being quirky, employing unexpected chord changes and sound textures. The track is built around an infectious piano groove, has great (and subtle) dynamic shifts, and Britt Daniel’s vocals bring irresistible grit to the chorus. It’s one of those songs that sounds, the first time you hear it, almost like some iconic song from the past, but you just can’t put your finger on the song (because it doesn’t exist). Or, as Jeff Tweedy once said (not about Spoon, but I think it applies here): “It’s a magic trick very few people can pull off: making something brand new sound like a cherished memory.”

Angel Olsen’s album Big Time was released to significant critical acclaim, and for good reason. It’s a fantastic album by an artist who seems to be firing on all cylinders. There are at least two notable things about the album that have been commented on. One is that the album – or at least a number of the songs – has a strong country bent. The other is that, in contrast to the sadness and melancholy for which Olsen is known, a few of the songs actually express contentment, optimism and, God forbid, happiness. While I genuinely like the newer, happier version of Angel Olsen, the songs that landed on me the hardest were the melancholy indie-torch songs for which Olsen is famous. And I honestly don’t know if that’s a commentary on her or me. I had trouble picking just one song because this album is an embarrassment of riches. I ultimately settled on "Go Home," which crescendos in reverb-drenched symphonies of haunting vocals and swirling melodies that will either make you giddy or forlorn, or perhaps both at the same time.

In the early 1990s, Uncle Tupelo and various other bands gained prominence playing music that – broadly speaking – merged elements of country rock and punk. It was quickly dubbed “alt country” by the music press, though the meaning and parameters of the term “alt-country” were never totally clear. Nor was it clear whether “alt-country” was temporally limited to a few years in the early 1990s (perhaps ending when Uncle Tupelo split up in 1994) or, rather, whether it continued onward into the 2000s and beyond. MJ Lenderman’s 2022 album Boat Songs makes a strong argument that alt-country not only continued onward but that it, in fact, is flourishing in the year 2022. Lenderman’s twangy guitar-centric indie rock marries sensitive southern accented vocals to crunchy electric guitars, blanketed with the plaintive beauty of an ubiquitous pedal steel guitar. But enough of my waxing poetic – the album sounds damn great, and Lenderman is a really good songwriter and compelling singer. He is apparently also a sports-geek. The album opens with a song called “Hangover Game,” in which he conveys, as if it were settled fact, the urban legend that Michael Jordan did not have the flu in Game 5 of the 1997 NBA finals but, rather, a terrible hangover. Another song is simply entitled “Dan Marino” (spoiler: it’s about Dan Marino). But the song I like best is “TLC Cagematch,” in which Lenderman uses professional wrestling (I know, not really a sport) as a platform for a sadly beautiful meditation on the pain of living life and the use of drugs to dull said pain.

(5) The Smile – "You Will Never Work in Television Again"

In case there was any doubt, The Smile’s 2022 debut album, A Light for Attracting Attention, seems to confirm that Thom Yorke and Johnny Greenwood were the creative engine behind Radiohead. The album sounds like, well, a Radiohead album. And that’s okay by me, because Radiohead made some really great albums. To my ears, A Light for Attracting Attention most evokes mid-2000s Radiohead and would have fit snugly between Hail to the Thief and In Rainbows in the Radiohead archive. This particular song grabs me by the throat every time I hear it. It's a barnburner, showing them in full indie rocker mode, with driving rhythms, beauteous machine gun guitar riffage, and intense vocals by Yorke.

Wet Leg’s eponymous debut album proves that they were not a novelty-one-hit wonder, as one might have expected after last year’s buzz-creating “Chaise Longue.” It turns out that they write excellent songs filled with witty and irreverent lyrics, memorable hooks, and a guitar-based sound that feels simultaneously modern and retro. “Being In Love,” the opening track from the album, brings me great joy. It describes various unpleasant experiences, which the singer nonetheless tells us she “kinda” likes because it feels like being in love. Example: “I feel like someone has punched me in the guts. But I kinda like it 'cause it feels like being in love.” Charlie Chaplin famously said, “Life is a tragedy when seen in closeup, but a comedy in long-shot.” This song offers a bit of both.

Ever since having my mind blown to Jupiter in 1996 by Dr. Octagonecologyst, still one of my all-time favorite albums, I’ve been partial to hip hop that employs strange soundscapes, off-kilter vocals, and general weirdness. MF Doom and Danny Brown are two artists who come immediately to mind as fitting that description, and there are certainly others. Earl Sweatshirt is one of them. I had trouble choosing just one song from his excellent 2022 release, Sick!, but I ultimately settled on “Tabula Rasa.” The song is built around a super-tasty looped sample from a song called “I’m Gonna Make it This Time,” by an early 1970s soul singer named Billy Paul. It features lead vocal turns by Billy Woods and Elucid, both of Armand Hammer, before Earl closes the track out. And it’s a flat-out beauty.

Just a gorgeous song. This is Big Thief in folkie mode, delivering a delicate and pretty melody fully inhabited by Adrienne Lenker’s singular voice. The song’s lyrics take on the topic of impermanence from a Buddhist-like perspective. Change is constant. Embrace it. Otherwise you might miss out on life.

Two years ago in my year-end list, I wrote the following about The Beths’ song “Dying to Believe”: “This song kicks ass in nearly every way a song like this can kick ass. It’s melodically inventive. It has velocity and dynamic shifts and fast drum fills. It has power chords and shimmering guitars. It has clever lyrics about romantic complications delivered by an expressive and likeable vocalist. It’s from New Zealand. Thank you, may I have another.” I’m pleased to announce that in the title track to their 2022 album, The Beths granted my wish. Would it be too much to ask for thirds?

Posted by Aaron Bergstrom at 12:15 AM