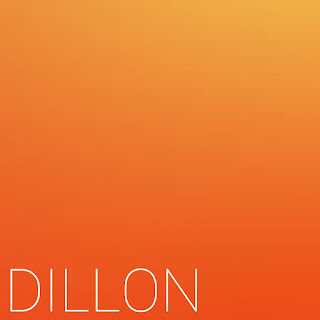 Starting over at any time in your life is never easy. Taking that leap to leave everything and everyone you know behind and trusting that all the moments leading up to this one have prepared you for what is to come is, frankly, terrifying. From experience I can tell you it doesn’t get any easier the more you do it. But I still live for these moments. Those, “Yes I’ll take the job in another country.” Those, “No, we can’t do this anymore.” They create these vacuums of pure creation where anything is possible and you can manifest whatever in the fuck you want to fill them. The possibilities these moments create also come with a myriad of emotions and navigating them is a journey in itself. What I can say is I’ve never regretted one of these moments.

Music has a way of carrying me through these moments, little waypoints throughout the year for you to refer back to and potentially add more memories to. So here is a list of my musical waypoints that guided me this year.

I missed this whole original album when it first came out but I found it right at the right time and this remix with the Blessed Madonna is just the serotonin injection you need on a low day. I really connect with a lot of the lines but I think we can all connect with “I hear the music and I feel the beat and for the moment when I’m dancing I am free.” That moment on the dance floor where everything else falls away and you and your friends are the only ones in the world.

As soon as I heard this song I thought this sounds like a road trip, windows down, hand out the window and the sun directly in your eyes just screaming along as the world blows by. I fell in love with it probably because of the pending road trip I had coming but it became one of the constants in the soundtrack of my year. Now apparently the world was very divided on adoration of this song and by world I mean everyone hated it except me, Tom, and Aaron. But I can confirm, regardless of the popular opinion, this was the perfect road trip song for moving across a continent.

I don’t know if this is better than the original. But when Beyonce mentions your good friend’s house in one of her lyrics I think it's a full requirement you have to stan.

To those of you who don’t know, this was the runner up entry for Spain's submission to Eurovision this year. It won the country's popular vote but the sexier song “Slo-Mo” was selected (I mean, Chanel started the song with a standing split, so you can’t really blame them). This song, however, is chaos and I love it. When we got to see them in Barcelona the entire band ripped their tops off and started running around the stage with their tits out while Tom and I jumped up and down with the rest of the crowd and pretended to know the Spanish well enough to sing along.

I think we all know why this is here.

“Anywhere With You” Maggie Rogers

If you know me you know I’ve lived in a lot of places and have done more jobs than I can remember sometimes. I have always had this romanticised idea of dropping everything in life and starting over. (Maybe not so romanticised, as I have done that exact thing at least five times in my life.) Driving into the sunset with your current lover with very little plan and the hope the universe would take care of you on the way. This song is that to me, living in the moment, looking at the cliff and jumping with no idea what's gonna happen on the way down but trusting you’ll come out on the other side somehow. I think these are the best moments in life, do they always work out? Fuck no. Do they feel great in that moment? Yes.

Jessie gave my favourite performance of the year at Primavera Sound in Barcelona. Did not expect the crowd to lose it like they did for her but damn was it one to remember.

“Talking To Yourself” Carly Rae Jepsen

She really nailed it with this one.

I have zero idea when and where I came across this song but I fell for it very hard. It’s the kind of song I find myself getting totally lost in. The beat, lyrics, instruments all produce this almost ethereal space that I would often listen to three times in a row. Would often be that deep breath I needed to take to restart the day.

“No One Dies From Love” Tove Lo

One of the songs of the summer for me.

* The creator of this list does endorse any environmental impacts associated with this artist.

“My Kink Is Karma” Chappell Roan

As you all know I love Chappell. This is no “Pink Pony Club” but I will admit I listened to it more than I thought I would when it first came out. I may or may not have connected with the lyrics referencing a certain someone and that may have influenced its placing here.

If you don’t know me, then you should know I moved to Spain this year. If you do know me and didn’t realise that you should also know that I’m gay and a ginger. I know it's silly and probably not true butttt I attribute a small bit of my move to Spain to this song. A cute boy I met in the Canaries sent it to me as I was leaving the island in January before I ever had considered moving to Spain. But I listened to this song so much it must have been part of the final manifestation of my escape from the flat lands to ESPANA! Is the song a lyrical masterpiece? No. Can I understand all the Spanish? Yes. Is it cute as fuck? Also yes. Technically released in December 2021. But I feel like songs released in December don’t get enough time for us to find them. SO count it.

“Hot In It” Tiesto, Charli XCX

Yes, made for TikTok. Still didn’t stop me from shaking my ass to this every time it came on, anywhere it came on.

So I made a few outfits for people this year and this is this song that plays in my head while I make them.

This whole album really did it for me. But this song in particular really resonated.

I know I’m breaking the rules again. This is originally from 2019 but was used in the series Heartstopper this year which is how I heard it. The song is really beautiful by itself but it also became my late night question at five in the morning in any number of bathroom stalls in a wide variety of venues. To which the answer ranged from “well at least we’re all like this together'' to “I don’t know, I’m paying my therapist a lot to figure that out”.

Posted by Aaron Bergstrom at 12:05 AM