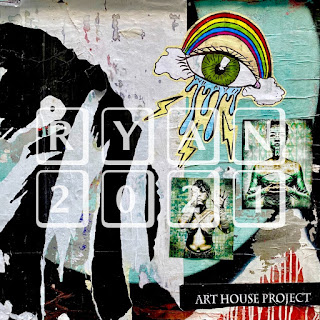 The playlist linked here contains 50 songs by Nordic artists; it represents just one of the rabbit holes I fell down in 2021.

An abridged account of this list’s genesis starts and ends with the Spotify algorithm and “være med deg,” a piece of peppy, guitar-driven pop so undeniably catchy that it was Matt who first fell in love with it, despite the unintelligibility of the Norwegian lyrics.

A more complete explanation would account for my brain chemistry, primed to engage in an endless cycle of medium-term obsessions, and how life in lockdown influenced my screen time and my use of platforms whose content was tailored for me by powerful and sophisticated algorithms.

But the network of roots from which this playlist sprouted actually connects back to a fifth grade project on Sweden; the half-Icelandic friend from high school who introduced me to the campy magic of Björk, Silvía Nótt, and Eurovision; my 2018 trip to the Faeroes; the vague intelligibility of Scandinavian languages to a Dutch and German speaker; my college a cappella group covering Robyn’s “Show Me Love”; and the unforgettable bliss of an evening of löyly and plunges into the sub-zero Baltic Sea at the Kulttuurisauna in Helsinki.

The songs on this list span genres; they come from recording artists with long careers as pop vanguards, those reinventing themselves for new audiences, and total newcomers. About half are in the Scandinavian languages, others are part of artists’ bids, with varying degrees of credibility, for a piece of the larger market recording in English grants them access to.

A few nod to the sizeable African diaspora that is redefining what it means to be a Swede, Dane, or Norwegian, but Nordic is a slight misnomer, as the list is light on Icelandic, Finnish, Faeroese and Sámi representation. (A goal for 2022, perhaps.)

More than anything, though, the list testifies to the stellar reputation Scandinavian pop has built over many decades, is a love letter to my brain, and shows what we stand to gain by reframing our relationships to what algorithms serve us.

Happy listening and many happy returns for your 2022.

Songs listed by country of origin, then artist. My Spotify Top 100 is cross-referenced, with rankings in braces.

Posted by Aaron Bergstrom at 1:58 AM