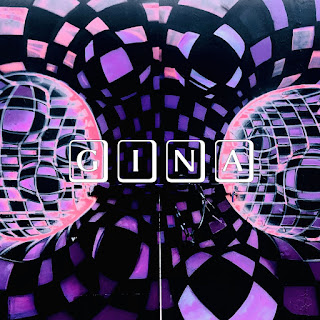 In years past I've always approached this list by examining my Spotify "Songs I'm digging Right Now" list, perusing anything added during the year, pulling out the ones that got the most airplay and thinking about what drew me to each song. This year, I was fortunate to travel the globe (a literal trip around the world) for five months. And as I began sifting through songs I kept finding myself taken back to where I was during that journey. The end result is more of a travel log which will be of interest to pretty much no one beyond me. But hey, I'm a millennial (me! me! me!) ... this is what we do, right? So here's a look at what I was listening to on airplanes, beach/pool side and while working late nights as I traveled from San Francisco to Croatia to Portugal to Spain to Turkey to South Africa to Bali and back home again.

I added this song to my playlist in early 2019, started listening to it heavily when flying to Croatia and never stopped during my travels. Originally released in 2018, I'm letting it in on a technicality since YTG was releasing remixes of this song well into 2019.

This song gets the distinction of being the first song I added to Spotify while abroad. I don't recall where or how I heard it, but it was just after the 4th of July and quickly became one of my favorite songs to listen to on the balcony while watching the sun set over the Adriatic Sea.

This song serves as a two-fold memory from Croatia. Part one: I went on a boat tour and met an amazing couple who live in Europe and work in some type of theater environment. I don't recall what but we'll just pretend something along the lines of Cirque du Soleil. As the boat tour divulged into a full on booze cruise/dance party they insisted we play Tom Misch's "South of the River" repeatedly. After one listen I was a Tom Misch fan. Part two: I discovered there was a Michael Kiwanuka concert in Zagreb (a bit of a ways from where I was living but still doable) at a fortress. Because, of course. Sadly at this same time I discovered that the show was sold out and Croatia does not have a reliable ticket resell service of any kind thus killing my dreams of singing my cold little heart out in the middle of a fortress.

I happened to be in Croatia during Yacht Week which coincides with Ultra Europe. Basically all of Split and the surrounding islands become a giant dance party and it's amazing. And for one night that dance party descended on Park Mladezj, which was about a 30 cent Uber ride from where I was staying. The lineup consisted of Swedish House Mafia, Above & Beyond, Afrojack, Alesso, Carl Cox and more. We wore neon. We got glittered up. We danced. Have I been to better festivals with better lineups before? Yes. Was there an obscene amount of cigarette smoke and an odd absence of weed clouds? Yes. Did I love it anyway? Absolutely.

Taylor's album dropped while I was in Lisbon and as soon as it was available I immediately began playing it on loop. Somewhere amongst my travel photos I have an Insta story pic captioned: "Rosé and the new Taylor Swift album in case there was ever a question about my level of basic-ness."

This aptly named song is just so summery. Best enjoyed while sipping on a Porto Tonico or Agua de Valencia.

Not sure if it was the same elsewhere but this was the song of the summer across Europe. You could not escape it. And frankly, why would you want to?

I was introduced to Jeremy Loops during a road trip around the Western Cape. Every time "Down South," "Waves" or "Gold" came on, I would say, who is this? I love them! I now find myself obsessively checking his concert schedule because this is an artist I need to see live.

Another find from that same road trip. Hat tip to Blaine and former Remote Ashely for putting together an awesome playlist of South African artists.

For five months I basically had three forms of media entertainment: Netflix, illegal NFL streams and music television (either MTV or Music Choice, of which "Dance Monkey" was a prominent feature) that I would put on to have have ambient background noise and make the space feel less empty (especially at our "mansion" in Cape Town). So love it or hate, this song was an integral part of my experience.

The best part of being in a city for a month is being able to (or at least start to) get a real feel for the city outside of a tourist's eyes. And being in Cape Town for five weeks meant I got to experience Rands First Sunday not once, but twice. It was one of the first and one of the last things I did and the perfect bookend to my South African experience. Rands is a community space within Khayelitsha, a township located on the Cape Flats. And on the first Sunday of the month it becomes the place to drink with friends, eat unbelievable bbq (I still dream about those chicken wings) and dance to afrobeats. The first time I went this song "Nono" played and the crowd went crazy singing and dancing along. I would soon learn it was inspired by a stadium anthem which doesn't surprise me because it really does make you want to sing along and I can attest that it sounds even better with a crowd. My favorite part, though, was multiple people coming up to me during the song to give me their interpretation. As I listened to the song throughout the month a funny thing would happen. South African's would seemingly come out of nowhere, grab my arm and say, "Do you know what this song is about?" before offering me their version. I'm still not entirely clear on the meaning, but one thing is for sure, Rands is a vibe and "Nono" perfectly captures that vibe.

If only we could just rewind, amirite?

Every year there's a dark horse song that comes out in December and earworms it's way onto my list. This year's entry is "Make You Mine." It's everything I love in a dance-poppy song. And it makes me happy while I'm sitting here back in gloomy San Francisco reminiscing on the past five months and daydreaming of warmer days ahead.

Posted by Aaron Bergstrom at 1:13 AM