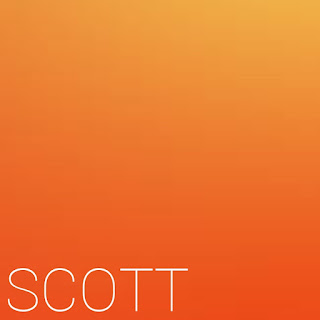 Happy holidays, y’all!!! Having been lost in the wilderness, I’m now back in the fold and offering my first list in a few years. Sharp-eyed listeners will note the number of North Carolina artists on this list. This is explained by my wife and I having bought a house in Durham last year. Great music (and basketball) town. Come visit!

An insinuating slow-burn whisper of a song.

Yumi Zouma, “In The Eyes of Our Love”

Best artist from New Zealand since Flight of the Conchords.*

This song feels like really good aerial footage of a pine forest.

I could play this song on repeat all day and never tire of it.

Every time this song comes on, my wife says “I hate Sheryl Crow.”

Alvvays, “Easy on Your Own”

Hypothesis: Juliana Hatfield is the most influential artist of the last forty years. Discuss.

This is a nearly perfect song (why doesn’t he go to the high note on the third “stay”?).

If you put a gun to my head, I’d have to say that Watchhouse is currently my favorite band (wise choice changing their name from “Mandolin Orange,” which was just plain stupid).

Kate Rhudy, “Ships in the Night”

You can’t be sad when Kate Rhudy is singing her sad songs.

The Mountain Goats, “Make You Suffer”

It’s hard to pick one song from Bleed Out, but this one (recorded in Durham) has the two key elements of a great TMG song: obsession and (at-least-implicit) violence.

Perhaps the most complicated simple song of all time.

Breakup songs have come a long way since The Partridge Family.

I feel a spirit possession coming on.

Arguably, every Calexico song is essentially the same song. I love that song.

PLAINS (Waxahatchee and Jess Williamson), “I Walked with You A Ways”

I cannot explain my excitement that this album (recorded in Durham) is even better than I would have imagined an album by these two would be.

First Aid Kit, “Out of My Head”

Let’s get Adele out of the house and take her to the disco.

Since 1999, Mary Gauthier has been a better Lucinda Williams than Lucinda Williams has been (someone tell me why Lucinda stopped writing beautiful poetry and went with teenagedly sexual nursery rhymes instead).

Her solo albums are a much better use of her talents than singing backing vocals for Jimmy Eat World.

This particular song may resonate with me because, for part of the year, I’m now seeing California from afar.

The House of Love, “Light of the Morning”

Although Guy Chadwick is the only original member still present, the new album feels like old times.

Arguably the best swamp-pop record released by an octogenarian this year.

She actually grew up in Nashville. Who knew that was possible?

This band is one of many reasons to go to Asheville, NC.

Secret Emchy Society, “Down to the River”

I love LOVE her voice.

Like my wife, Molly Tuttle went to Palo Alto High School. But of course you knew that based on the banjos.

Government Cheese, “Younger Than I Was”

There’s nothing I could possibly say that could explain this song or affect your experience of it.

The War on Drugs (w/Lucius), “I Don’t Live Here Anymore”

When I heard that Roxy Music was releasing a new album in 2022, my first reaction was “I thought they already had.”

Phoebe Bridgers, “So Much Wine”

How fortunate are we that Elliott Smith was reincarnated as this woman?

The Beths, “Expert in a Dying Field”

I love everything she does, and this song rocks. Someone should, however, tell her that shotguns don’t have bullets.

Angel Olsen, “All The Good Times”

Be still my heart! Twenty-one new “country” songs by Wilco. Now I’m on the edge of my seat for Summerteeth version 2.0.

She is one of a kind.

See above re Juliana Hatfield.

This song really holds together.

Sunflower Bean, “Moment in the Sun”

I always knew he had a second Get Happy in him.

Can’t a guy re-live his 1990s every once in a goddamn while?

Make mine sepia-toned, thank you.

Posted by Aaron Bergstrom at 2:37 AM