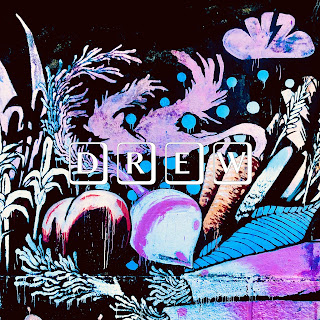 You have a better chance of getting cutting edge, new music from the Billboard Top 40 than you do from me. I listened to 64,000 minutes in 2019 (thanks Spotify), but that was probably dispersed amongst 50 songs. If I find a song I like, I’ll play it on repeat until I can’t stand it. Also, I don’t listen to lyrics I just need to hear a voice I like and a beat that puts me in a decent mood. So ENJOY. (Not sure why I was asked to be a contributor to a music blog). I’ve no clue if these songs are all from 2019, but they’re 2019 for me.

We saw her in Köln this summer and this song was great. I didn’t really know it at this point and it brought a lot of energy. Also, it turns me on that P!nk could kick my ass on any given day.

Ilana tried to convince me to go to Lizzo’s first show in Amsterdam early 2019 in Paradiso Noord, but I wasn’t convinced yet. After more convincing, I bought a ticket for the show at AFAS Live and wow ... I definitely felt good as hell after this. I won’t miss another Lizzo show when I’m in the same city.

Love SS. I can listen to their music in any mood. Sunday Mornings Artist.

If you can release music from the bottom of a bathtub, I’ll listen. But really, this song was my pre-drinks go-to song for most of the year.

I played this song during every summer commute when I was sweating and hungover. GFY, line 54 naar Gein.

This was the album I probably listened to the most this year. From top to bottom, Sampha nailed it ... for me. Sunday Mornings Artist.

Although I disagreed with exploiting Avicii even further, I couldn’t help but love this song with Aloe Blacc. Love his voice.

This song had summer all over it for me. I’ve never heard of either of the people, nor have I listened to anything else from them but this song gave me some sun in cloudy Amsterdam.

Same with the one above and the one below, I know nothing about these artists but these songs were all on repeat at the same time and it took longer than the normal two weeks for me to play them into the ground.

See the above two descriptions.

1 of 2 where it was all British housewives, Aaron and I. I love her voice. Sunday Mornings Artist.

Roomie and I have been listening to James Morrison since we got together 12 years ago and we finally saw him live. Concert 2 of 2 with the British housewives. Sunday Mornings Artist.

Song 1 of 2 that we heard in every bar in Saint Petersburg. These two made it to my top 20 songs and all I know is that Russian pop is where it’s at. Also, it was cool when after this song the Russian drag queen said she wanted to do the splits on my face.

Aren’t we all just summer girls?

Florence is weird as fuck but she didn’t disappoint this year at her show in Bologna. Sunday Mornings Artist.

This has Club G written all over it. 🌸

This album by Lost Frequencies was one I played on repeat for quite some time. One of many great songs on the album.

Not sure why, but this song is still playing after months.

Her voice is on the verge of annoying, but with the song above I am still listening after months.

I just really like this song and Bon Iver is always easy to listen to.

John Newman’s voice is probably annoying to many, but I love it. I’ll listen to all of his music.

Posted by Aaron Bergstrom at 12:37 AM