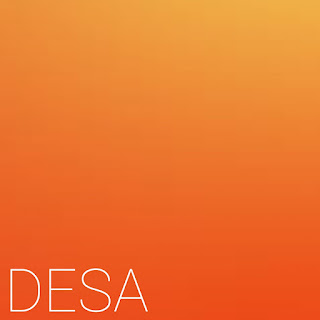 ***
2022 marks 10 years of Guest Lists by me. Although the archive shows lists dating back to 2013, I know there was an original pre-Spotify list that included Fiona Apple's cover of "Pure Imagination" from Charlie and the Chocolate Factory somewhere out there … [Ed. Note: Here.]

Looking back on the past 10 years of cultivating lists of my favorite songs and pretending I have relevant opinions on music, I have one important thing to say: THANK YOU AARON.

Your love of music has changed the way I listen. Instead of defaulting to 90s hip hop and country jams (like I would have inevitably done for the past decade), I pay attention, seek out new music, look for those little gems that I play obsessively until I know all the words. And by collaborating with my two besties over the past few years on our list, the search for new music has become social.

Beginning in January each year, I create a new working list where I dump every new song I hear that catches my attention. The very best ones I send out to Katie and Kellen. These become our living room dance party songs throughout the year. We have begun to speak the same song language. At one point this year I remember saying, "I think Cate's Brother is 2022's Harry," which is a sentence only Katie and Kellen could understand as a reference to our unanimous instant infatuation with Kelsy Karter & the Heroine's 2019 song on our Guest List that year. Then, in November, we create a collaborative list with all our contenders for the year (this year's resulted in about 10 hours of new music), that I listen to for about a month before starting to narrow down the selections. December is marked with group texts about how hard it will be to decide which Taylor, Maisie, or Miranda song to pick (such agony!) and about discoveries of even more new music. Once our top picks are in place, the Guest List becomes our go-to soundtrack for the next year and the cycle begins again.

Aaron, your call for Guest Lists also gives me a chance to stop and reflect on what my year has been like, and think about whether I can analogize what is happening in the world or my world with the songs on the list (Is "Becky's So Hot" a metaphor for 2022??). I don't do that enough. But I'm doing it right now and it adds value to my year, each year, for 10 years now.

Your essay this year is about finding the balance between ignorant bliss and soul-crushing reality, and your conclusion is that you don't have to choose. It's eloquent, poignant, and well-written (as always), but I have to disagree in part with the conclusion. No, you don't have to pick sides between ignoring the world's hurt and giving into its darkness, but you do have to decide to do something -- to look for the brightness in the debris clouded sky; to listen for a sweet melody created from a screaming soul; to search for new in the old and overplayed; or to answer a friend's call to compile lists of songs that can, over time, change the way you take in the world. I'm grateful you asked and I'm glad I chose to answer.

Thank you, Aaron. Until next year.

(aka Midnights and some other stuff)

“Virginia (Wind In The Night)“ - The Head And The Heart

“Circles Around This Town“ - Maren Morris

“My Kink is Karma“ - Chappell Roan

“Not Another Rockstar“ - Maise Peters

“i'm too pretty for this“ - Claire Rosinkranz

“Dance Around It“ - Lucius feat. Brandi Carlile and Sheryl Crow

“You're On Your Own Kid“ - Taylor Swift

Posted by Aaron Bergstrom at 1:04 AM