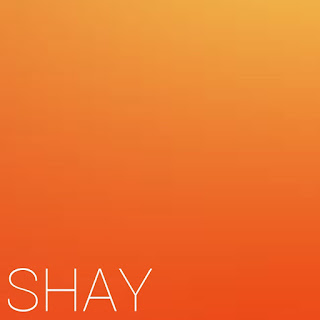 1. Renaissance - Beyoncé: Is it lazy to include this entire album instead of picking a favorite? Yes. I do not care. I have listened to this album in its entirety at least once a day since its release. And my top track changes almost as often. An iconic album that centers and elevates Black queer contributions to music. GOAT shit.

2. “Break My Soul” (The Queens Remix) - Beyoncé feat. Madonna: Technically, not included on Renaissance, thereby qualifying for separate inclusion on the list. I don’t have anything to say about this that hasn’t been said. An instant queer anthem.

3. “Vigilante Shit” - Taylor Swift: Some overwrought and even cringy lyrics in this song, which isn’t something I say too often about Taylor. That being said, the second verse is just so fucking petty. I live.

4. “Every Time I Close My Eyes” - Babyface feat. Kenny G: This song was released in 1996 but it’s new to me this year. And there are God-tier Mariah backing vocals - hearing those for the first time in 2022 was a special treat I had no idea was coming.

5. “Tezeta (Nostalgia)” - Mulatu Astatke: I discovered this 60’s Ethiopian jazz song on TikTok. No idea how. But I’ve never been more glad for a random FYP offering. I feel this one in my whole body.

6. “Moments in the Woods” - Sara Bareilles: Broadway Bareilles showed off and showed out this year.

9. “Gospel Night at the Strip Club” - Ashley McBryde feat. Benjy Davis: A hell of a song from a hell of an album. Ashley McBryde’s concept album is a great listen from start to finish.

11. “Prière Païenne” - Celine Dion: Again, not a new song. But it was lip synced on Drag Race Canada and was a reminder of everything we love about Celine. Sending her all the love in the world.

12. “Sometimes” - MUNA: Despite the fact that they didn’t include the bridge (heresy!), this breathed new life into one of Britney’s early singles. Britney may publicly hate singing the song, but thank god MUNA doesn’t.

13. “Cross That Bridge” - The Cast of Schmigadoon!: A parody show about musicals gave me one of my favorite “musical” songs in recent memory.

19. “Lick” - Shenseea feat. Megan Thee Stallion: Will forever associate this with driving through Maspalomas, escaping the gloom of Amsterdam in January.

Posted by Aaron Bergstrom at 10:03 PM