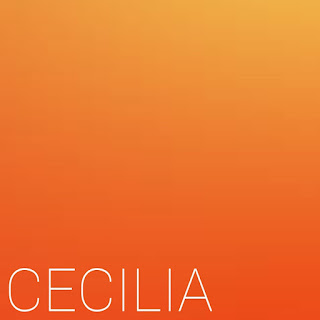 I wasn't introduced to Noah Kahan until this past fall, so “Northern Attitude” for my 2022 January is entirely fabricated but it's the right vibe. Sort of forceful, sort of sad, somehow optimistic. His music reminds me a lot of the earlier Lumineers albums (who I do enjoy and who did have a 2022 release, but it wasn't my favorite) and this song specifically reminds me of the Avett Brothers’ 2009 I and Love and You album. If I still had a car and a legal license in this country, I would play Noah Kahan's entire Stick Season album while driving somewhere cold and remote.

When Maggie Rogers released Surrender, I immediately started studying up for the (eventually postponed) Amsterdam show. “Light On” was somehow on my running playlist for months and months and “Begging for Rain” follows after, despite the slow tempo. It's the kind of album/song that you listen to while slogging along the Amstel on a grey afternoon where you've convinced yourself the weather is really nice because it's not *actually* raining, just a little misty. I really hope I get to see her in 2023.

Marcus Mumford's solo album gets a thumbs up for me, especially as it includes fewer Christian Rock vibes than I remember their more recent work having.

The Mountain Goats did come out with a new album in 2022 called Bleed Out which sounds like a Mountain Goats album, but it's no Sunset Tree and there never will be another one. Ever since a high school boyfriend introduced them to me, I listen to "Pale Green Things" on repeat every year in late winter/early spring when I really permit myself to roll about in self-pity over my seasonal slump and then try to rally and get it together. Turns out that in the Netherlands, early spring includes April. I think it's a good tradition as I stop just short of crying in the shower while a burned copy of Damien Rice's O plays on endless loop on my CD player (now I stop short, 17 year old me definitely did not). Sometimes that's growth.

Hey! We saw Phoebe Bridgers together this past fall in what was the first concert I had been to since pre-pandemic. For that alone, Phoebe should be on this list. But also, I really like this song.

As I write this and search for things to say, I see that First Aid Kit is playing in Brussels on 8th Feb. Should we go see them?

Super catchy and fun. A perfect summer song to hum while pedaling your bike.

This song came on the radio while on a family vacation (dare I say holiday?) this August and prompted a group sing-along. Cheesy, of course - but also a very good sparkly memory. My partner says he remembers this song from a South Park episode, but I had never heard it before this year, so it's new to me and deserves to be on this yearly recap. Every trip should have an anthem; I would recommend one in a more accessible octave, but sometimes you can't choose.

My favorite song on this album is unsurprisingly the acoustic “Coming Back to You” but since I committed myself to this month-by-month format and September was a good month I needed a more upbeat song from this album and so “Look At Me” was the choice. I saw Sylvan Esso live years ago and had a hard time connecting to the electropop vibe in person. At the time I felt pretty uncool about it. I guess I still do. I really enjoy Amelia Meath's early band, Mountain Man, which is pure American folk but that genre of music is a tough sell in my household.

I really like Lizzo and surprisingly the countless Reels/TikToks/viral what-have-yous did not ruin this song for me. It's joyful and so is October for me. Turn it up loud and get your wiggles out or listen to it on repeat during a track workout. October is a month of exuberance and mild mania; “About Damn Time” encapsulates that mood well.

A Taylor album generates enough buzz that I inevitably listen to it several times, even when (like this year) my head is mostly buried in the sand. I really didn't like Midnights. I'm not sure if it's because I really liked Folklore and Midnights wasn't that or I just saw too many TikToks or mindless articles. I have a post-Halloween dip at the start of November and a sad, simple country song was really a perfect antidote. I know that including covers is anathema for this homework assignment, but since it's a cover of a song that came out in 2022, it's here.

My v hip little sister recommended Soccer Mommy to me this year when I panickedly texted her after receiving this assignment. Since I've been stalling for a solid 8 weeks on submitting this playlist, Soccer Mommy/”Bones” has gotten a lot of air time. We've agreed that our 2023 resolution will be to listen to at least one "Discover Weekly" a month; I hope we can see a concert together as well. Although I've devoted an entire workday to this assignment plus many hours of stressing over the judgements of people I don't know, I'm grateful I "had to" do it. Next year, less cramming!!

Yes, it's a kid song. You should still listen to it. I think it really works.

Posted by Aaron Bergstrom at 10:28 PM