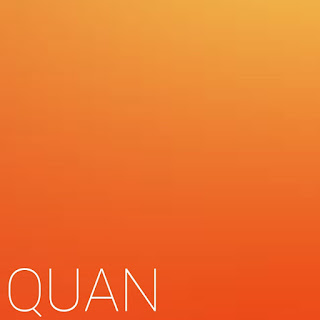 Moving to a new country where you no longer have a commute on the bus or that horrid device, the automobile, to explore or discover new music makes it really hard to put together playlists. That is, until you rediscover the Great American Classic™, The Road Trip. There, you realize these quiet expanses that are gasping to be filled with sound. You go through audiobooks about Sicily (thank you Sir John Julius Norwich) and Wine For Normal People until you’ve had enough and search for Music That Fits The Road Trip. You can’t just go with Disney Karaoke Classics or "My Sharona" Radio (my Pandora go to), you need to do better.

So here goes - some parts of the music that have gotten us through 2022. I found a lot of joy in music in languages other than English and definitely found myself in an 80s kick. The other big portion of the below is filled with Sofar Sounds London artists we discovered as part of Rachel’s previous job’s brand partnership.

Hamzaa performed at a Sofar Sounds show in London at Westminster Abbey and she brought her mom to the show (cute!) and told us about this song, which she put her entire heart into, all while being embarrassed that she was singing about an intimate topic while her mom was in the audience.

We took a trip to San Sebastián and found ourselves jamming during breakfast to some lovely sounds and asked the barista for the playlist.

The songs that have made it into our regular rotation are:

Caloncho is now part of the upbeat rotation in our house - I can’t help but move side to side when either "Dulce Cotiando" or "Viaje Redondo" come on.

A wonderfully beautiful piece from my first concert at the Concertgebouw in Amsterdam - close your eyes and let the song carry you.

Coming back to Amsterdam in Feb 2023!

An ode to sibling love.

It was really hard to pick just one Sigrid song - we stumbled upon her at Best Kept Secret while waiting for Jessie Ware’s set and found some incredibly dance-y music from an artist with an incredible voice.

Trudy and the Romance - “Angel”

Sofar Sound’s creative lead was so so excited to get Trudy and the Romance down from Manchester and he was absolutely vibing, especially as you hear the guitar rhythm go higher and higher.

Posted by Aaron Bergstrom at 1:10 AM