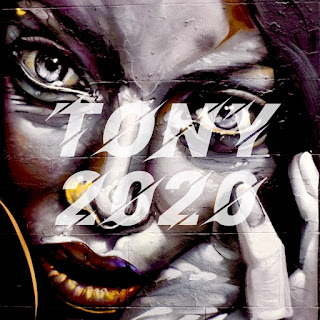 Ground Rules: I was going to do a top ten list, but it wound up being a top twelve list. I limited myself to one song per artist, except in one instance when I decided to treat two back-to-back album tracks as though they are one song. (Yes, that’s technically cheating, but no one got hurt, so it’s okay.)

I should probably start by confessing that I’ve been a committed Bob Dylan fanatic my entire adult life. This was a particularly gratifying thing to be from the late 90s through 2012, as Dylan enjoyed an unprecedented and wholly unexpected late-career renaissance that saw him release a series of great and sonically-interesting albums. Unlike the later-career work of many of his peers, these albums did not sound like an old man trying to relive past glories or recycle formulas that made him famous when he was in his twenties. Rather, these were age-appropriate albums that sounded like they were made by a man in his 60s (or in the case of Tempest, his 70s). And when Dylan next proceeded to release three successive albums between 2015 and 2017 containing nothing but covers of American “standards” such as “Stormy Weather” and “As Time Goes By,” I assumed that Dylan (who turns 80 next year -- he was born three months before my father in 1941) was finally riding off into the sunset, particularly after he was awarded the Nobel Prize for Literature in 2016. Thus, when Dylan suddenly dropped “Murder Most Foul” on the world on March 27, 2020, it was like a magical gift that I never expected to receive and could never have envisioned. At 16 minutes, 56 seconds, it is the longest song Dylan has ever released. To put that in context, when Dylan released “Like a Rolling Stone” in 1965, at 6 minutes and 13 seconds, it was by far the longest “hit” song of the rock era up to that point. The next year, he ended his epochal album Blonde on Blonde with an 11 minute, 22 second song, “Sad Eyed Lady of the Lowlands” -- an unprecedented length for a song by a popular artist. And the album that kicked off Dylan’s late-career renaissance - the dark and moody Time Out of Mind in 1997 -- contained what was Dylan’s longest song ever (until "Murder Most Foul" eclipsed it), “Highlands,” which clocked in at 16:31. To my utter amazement, “Murder Most Foul” became Dylan’s first number one hit. During his long and storied career, though he wrote many songs that became number one hits for others, none of Dylan’s own recordings ever went to number one. Who could have predicted that he would earn his first number one hit at the age of 78 with this nearly-17 minute, stream-of-consciousness opus? Much was written about “Murder Most Foul” in the weeks and months following its release, often focusing on the song’s numerous and varied references and allusions (for example, NPR compiled a list of 74 other songs that are referenced in “Murder Most Foul”) or the song’s historical aspects (the song focuses on the assassination of JFK), often trying to infuse the song with a larger meaning about the history of the United States during the past 60 years. I prefer to just enjoy it for what it is -- a mysterious, beautiful, haunting and ultimately ineffable song by a unique artist whose brilliance has brought great joy to my life for more than 30 years.

In terms of pure songcraft, “Jason” is nearly flawless. It’s built around instantly infectious and beautiful melodies and chords, and the harpsichord-sounding keys give the tune an unexpected and welcome 60s vibe. Plus, it’s sung entirely in falsetto, which is one of my favorite things in music (if the only songs I could listen to for the rest of my life were Prince songs that are sung in falsetto, I would be okay with that). “Jason”’s lyrics describe a sexual encounter that Mike Hadreas had with a straight guy when he was 23, and it ends with an orgasmicly ascending outro that will make your head spin. If you get a chance, check out the band’s amazing performance of this song from the Jimmy Fallon show.

Thanks to Aaron’s list, I have discovered my new favorite band, Bad Moves. I could have picked any number of songs from the band’s fantastic 2020 album, Untenable, but I landed on the opener, “Local Radio.” It’s exactly what I want from a lead-off track. It comes roaring out of the gate with propulsive energy and catchy-as-hell hooks. It is filled with delicious boy-girl vocal harmonies. And to top it off, the lyrics are highly literate, in this case addressing wealth inequality, dead-end jobs and general malaise and disaffection.

I found it very difficult to decide which song from this lovely album to include on my list. There are five or six other songs that I could just as easily have selected. The fact is, I love Soccer Mommy -- I think Sophie Allison is one of the most gifted songwriters of the moment. And as Aaron notes, her aesthetics are firmly grounded in 90s indie rock, which is my sweet spot. This particular song has (as is always the case with Ms. Allison) great hooks, a cool guitar-based groove, strong and delicate vocals that barely contain the sadness lurking beneath the surface, and poetic lyrics dealing with nostalgia and depression. It also drops a casual f-bomb, which almost always makes me like a song better.

I had a hard time deciding between this song, “Super Stars” and “Gospel for a New Century.” All three songs deliver an irresistible space-aged melange of futuristic soul, funk and rock. What ultimately gave this track the edge for me is the explosive, fuzzed-out guitar jam that unexpectedly appears just over a minute into the song (who puts the guitar solo there?! and will the premature guitar solo become a thing -- because it’s awesome!). Plus, I love the alternating guy-girl vocals. And in the random mental associations department, this album brings to my mind MGMT’s debut album (which it is nothing like whatsoever), in that it has three extraordinary, standout tracks that lift up everything else on the album.

The vocal gymnastics. The psychedelic strings that come in towards the end of the song. That harp! The song moves. It explodes. It makes me feel powerful.

7. KennyHoopla - “How Will I Rest in Peace if I’m Buried By a Highway?”

This song kicks ass in nearly every way a song like this can kick ass. It’s melodically inventive. It has velocity and dynamic shifts and fast drum fills. It has power chords and shimmering guitars. It has clever lyrics about romantic complications delivered by an expressive and likeable vocalist. It’s from New Zealand. Thank you, may I have another.

In which the song title perfectly describes the experience of hearing the song.

One of the biggest surprises of 2020 (other than a worldwide pandemic and the blatant fascism on display in the U.S.) was Phoebe Bridgers becoming a commercial success and getting nominated for a bunch of Grammy awards. Her music struck me as too quiet and insular (indeed, too indie) for mainstream success. But in a world where Bon Iver headlines arenas, I suppose anything is possible. I tend to prefer Phoebe when she plays uptempo numbers, as the more quiet and ethereal songs sometimes don’t hold my attention. Thus, it was neck-and-neck between this song and “ICU.” I ultimately chose “Kyoto,” which I find slightly more inspired both musically and lyrically (but not by a lot -- they’re both terrific songs). Among other things, I love the keyboard melody at the beginning of the song and how it gets repeated later by horns that sound like they could have come straight off a late 90s Beulah album. I also love the urgency and drama of the chorus, which transforms the song sonically from a catchy indie pop number into something weightier. When I first heard this song, I assumed it was about an estranged lover. But then I read the lyrics, and as the song went on, it seemed like it was possibly about an estranged father, maybe even one who is in prison or a rehab facility (why else would he be calling from a pay phone?). Which made it seem much sadder to me. But I have done no research to confirm this theory, so it may be total bullshit. Either way, I love this couplet: “You called me from a pay phone / they still got pay phones.”

Proving the theory that anything Kendrick Lamar is involved with has an 85% chance of being a work of genius.