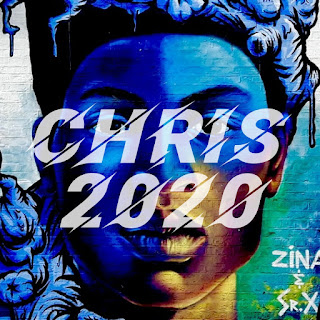 This year I set the audacious goal of reading 100 books in 2020, all tracked and tallied via my Goodreads account (if you use it too, let's connect). Little did I know this would turn out to be the year where this should have been achievable. Given the scale of confinement and free time to accomplish nothing but read my way through a forest of distracting literature, I hit the ground running in January but quickly fell off track due to the distraction of the voices in my head and uncertainty of the year ahead.

I also found myself caught up in one COVID project after another. It started with renovating my bathroom, then painting some walls, and continued with completely ripping the roof off my house and major wholesale renovation of my apartment. During all of this, I relished in the moments of manual labour and mentally switching off the constant stream of consciousness to a good audiobook.

In August, I also embarked on a campervan adventure to Portugal and back with Nick. We both had our respective vehicles and dogs and full playlists of books to complete and Moderat beats to drop (whilst careening around underpasses and picking up French speeding fines for 2kms over the limits – merde).

Unbeknownst to my 100-book ambition, I met a wee Scotsman this summer who joined me on the road trip. This obviously derailed my intention of racking up a few more solid ‘Read in 2020’ audiobooks to my list but that was irrelevant. I found so much more, and together we started something that would go on to become our biggest COVID project yet. One that would take even more time away from my ambition, but also see me reading such cracking bedtime reads as Ramping Your Brand: How to Ride the Killer CPG Growth Curve, and The Amazon Roadmap: How Innovative Brands are Reinventing the Path to Market. Both titles I highly recommend to the right reader, but clearly, not going to make it to my top ten.

All in, I have completed sixty-four books this year, with a few more I should polish off in the coming days. For next year, I think I will set a more realistic ambition of 110.

My Best Books / Audiobooks of 2020 (In No Particular Order)

The Overstory by Richard Powers (link): I am a sucker for a multi-character epic and whilst this book does not come in at epic proportions (although at 22h it is a long listen), its message is monumental. It tells the story of trees and their interconnected role in nature and our lives, and spans generations with graceful storytelling. This book was awarded the Pulitzer Prize for fiction and shortlisted for the Man Booker Price for good reason. As an audiobook, I enjoyed the narration and I found myself listening as I wandeled (strolled), trying my best to recall lessons from my youth to identify the many species that line the canals.

A Farewell to Arms by Ernest Hemingway (link): Classic with a capital C. This is Hemingway at his best and reading about the horrors of WWI in 2020 was not the visual journey I recommend this for, but rather the ability to fall in love and his short crisp writing style. Say more with less is a Hemingway lesson we should all live by.

The Hare With Amber Eyes: A Family's Century of Art and Loss by Edmund de Waal (link):  I began the year by finishing a book I began in November while exploring Japan with Tom and Shay (yeah, that was last year …). The book tells the history of the wealthy Austrian Ephrussis family, at once one of the ten richest families in the world with intermarriage to the Rothschilds, but a name that none now know. Their wealth, taken by the Nazi invasion, was never to be reclaimed save for a collection of netsuke; tiny carved creatures used to decorate clothing and handbags in feudal Japan. The family history, told through these objects, has always fascinated me and in February I travelled to Vienna to see them on display in the city’s Jewish museum. The exhibition was the first time the netsuke returned to Vienna since they were secreted out following the fall of the Nazis. It would also be my first and last city break of 2020. I recommend this book to anyone interested in history, for its ability to tell such a fascinating tale through the smallest of things.

Normal People by Sally Rooney (link): This book broke me a bit, and the TV show finished me off. A unique writing style that is challenging at first but gripping once you get it and a romance that is at times maddening but also beautiful. To top it off, BBC produced a mini-series that aired in March. Still Broken. So moving.

1984 by George Orwell (link): An awesome audiobook that gave us shivers from the all-too-familiar oppression of state that was omnipresent for all of 2020. Big Brother is watching.

A Promised Land by Barack Obama (link): This is an audiobook must. Hearing Obama narrate his own story, a history in the making tale told in two parts, of his time in office is educational and riveting. Furthermore, he’s just so damn sexy in his bearded, post-POTUS mode: 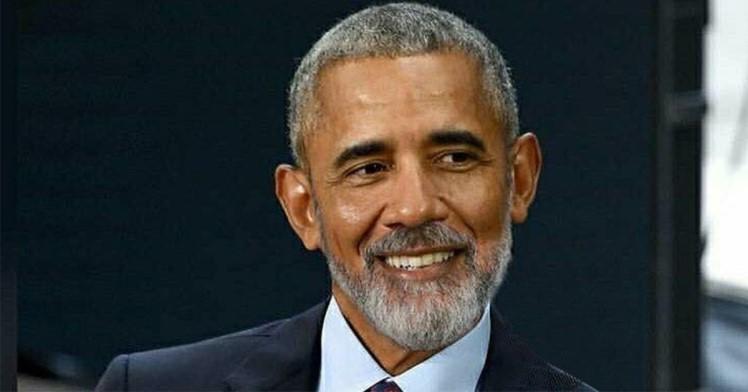 Girl, Woman, Other by Bernardine Evaristo (link): I am a sucker for multi-character dramas (see The Overstory), and this much-hyped softback of the summer was certainly an enjoyable read. It brought to life characters and perspectives I have rarely considered; queer women, older women of colour, queer older women of colour. I am thankful for this, and the flamboyant and expletive filled journey that I enjoyed while lounging in the sun and smashing bottles of tequila at the beach.

The Name of the Wind by Patrick Rothfuss (link): I am closet/not-so-closet fantasy/sci-fi geek and this is the opening book of one of the best series I have read since Harry Potter. Book one of three, it is best enjoyed in audiobook form as it is a first person narration of the lead character told by the fireside in a dingy pub. This is also my second or third time listening to this book and I enjoy it more with every listen. I would recommend even more highly save for the fact that the author has yet to complete the series (and there is some question if he ever will).

The Songlines by Bruce Chatwin (link): What road trip is complete without an epic travel novel? This much-loved paperback (‘return it in one piece or else’ Nick L.) travelled to the end of the Iberia and back with me this summer but was sidelined by the nonstop brainstorming and creative ideation with the wee Scotsman. When fall and free time presented itself, I found myself lost in a world I have never imagined; where paths along the earth are sung from song and present a direction to the native aboriginals of Australia. Bruce Chatwin is a master writer and a true pilgrim, and I will always get lost in his prose.

Dune by Frank Herbert (link): Another re-read, and one that I vividly remember reading my first month living as an exchange student in Japan in 2001. Alone in a strange land where I understood little and with the 9/11 attacks coming days after arrival, threatening to upend all order, it felt at times I was drawn into some parallel world to Paul’s Arrakis. A sci-fi classic like no other, and soon to be immortalised to a new generation on film, Dune is a chunky read but one I highly recommend to any interested in the genre or a fan of forming your own visuals of a fantasy world before they are brought to life with film.

Posted by Aaron Bergstrom at 1:38 AM